Hollysys Automation Technologies (NASDAQ: HOLI) is the leading automation company in China. Although it is headquartered in Beijing, it has several subsidiaries across the world. Its services are mainly focused on the industrial, rail, subway, and nuclear industries.

It has been among the most common picks for value investors looking into Chinese companies, due to its low valuation and defensive nature. Depending on the projects it is working on, it establishes contracts with customers. The backlog allows for consistent and more predictable results, and Hollysys has very favorable margins. It has grown consistently over the last 15 years, but in recent years revenues and profits have been flat.

With a market cap of ~$934.45M, it trades under 6x free cash flow in 2020, with virtually no debt. It also has ~$697.8M in cash and cash equivalents and ~$595M in receivables, with total liabilities of ~$447.3M. Hollysys is deeply undervalued and investors should consider the stock.

About 55.7% of all revenues come from its industrial automation segment, with rail and transport representing 32.4%. Mechanical and electric solutions account for the remaining 11.9%. In 2020 the value of the new contracts contracted by ~24.2% to ~$549.2M, and this is one of the reasons the stock has remained flattish, at the beginning of the year.

Nuclear energy accounted for 4.9% of all the energy consumption in China in 2019. China continues to invest in nuclear energy. In 2012 it had 16 nuclear reactors and today it has 49. It currently has 17 reactors under construction, and it will continue to lead the world in nuclear energy. China has also started constructing its first small modular reactor, and the project is expected to be concluded in 5 years.

Hollysys is very well positioned in the nuclear energy sector, especially in China. It benefits from a market-leading position in the region, without any competitors. Gross margins for the nuclear segment are between 60% and 75%.

China is one of the countries in the world that expanded its rail system at a very fast pace during the last decade. In 2010 it had just 8,358km of high-speed rail, and today it has 30,000km, leaving many to question how the country has managed to grow its high-speed rail so fast.

The growth going forward will be slower. Recently the Chinese government has halted two projects worth close to $20B, as the local government debt has started to become a burden. Although this does not mean that the projects will not be completed, they are currently under review. China is still estimated to have about 45,000km in high-speed rail in 2030, a 50% increase from now.

Hollysys has far more competition in this space, with 3 major Chinese competitors. Despite that, it managed to secure its first international project in Hong Kong. The gross margins for the high-speed rail are around 40% and 50%.

China has also continued to invest in subway expansion, across the tier 1 cities. It had close to 2,891km of subway rails in 2015, which are expected to reach 9,276km in 2023. China continues to invest heavily in expanding its subway lines, and in 2019 it had 14 projects being built at the same time. The subway segment gross margins are lower than high-speed rail, between 15% and 20%.

The undervaluation has caught the attention of several investors. A consortium, led by the former Hollysys CEO, proposed to take Hollysys private last December, at $15.47 a share in cash. The proposal was eventually rejected, and the offer was increased to $17.1 a share. The acceptance is dependent on shareholders, who most likely will reject the offer, as the valuation is too low.

This shows how undervalued the stock is, but that is not everything. Hollysys has virtually no debt and ~$697.8M in cash and cash equivalents as of 1Q21. It also has ~$595M in receivables, with total liabilities of ~$447.3M. R&D expenses have remained below 9% of total revenues, and Hollysys spends around $40M, which is low considering its high gross margins. It has continuously generated more cash flow over the years. Hollysys has also increased its estimates for FY2021.

An incredibly low valuation will spike the interest of most value investors. Hollysys has consistently increased revenues and earnings while maintaining relatively stable margins. The recent crackdown on Didi (NYSE: DIDI) by the Chinese authorities has only contributed to the negative sentiment towards Chinese stocks. It is impossible to tell if something similar could happen to Hollysys, although at least in the nuclear segment it does not seem likely.

Mainly because the company is the only player in the Chinese market. Hollysys remains deeply undervalued, and until general perception towards Chinese equities changes, it will remain so.

Hollysys is up against well-known players in the industry that have been operating for a long time. This requires them to constantly innovate, and increase CAPEX in order to retain customers and get new projects. Some of those competitors include ABB (NYSE: ABB), Siemens, Emerson (NYSE: EMR), Honeywell (NASDAQ: HON), and Supcon.

The US market is currently supporting very high valuations, across sectors. If you look at equities in other countries, especially China you will find several opportunities worth digging deeper into. Hollysys is one of them, a great company that has managed with consistent and predictable revenues and profits. The current valuation is just too low, and that is the main reason there is enough interest in the company going forward.

It is quite possible that the offer might be rejected, and in that case, you end up with a high-quality company at a very low price. It is not a high-growth sector, but it is a defensive and conservative investment that should provide long-term returns.

If the shareholders accept the offer, think of this as an arbitrage deal, you can still make 12% over a short period of time. Despite the flatish results over the last years, Hollysys has a very attractive valuation, even if revenues and profits remain stable it is a wise investment at these levels.

We are long HOLI. Read our disclosure. 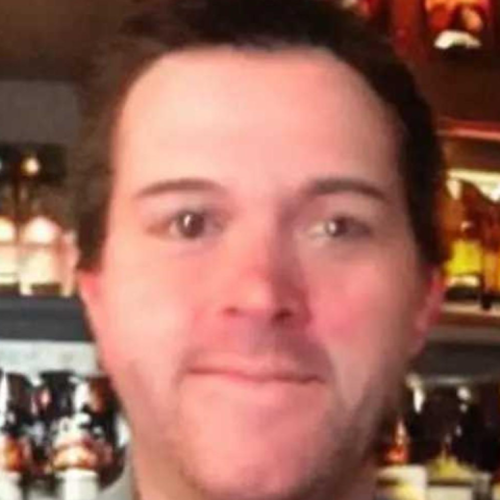