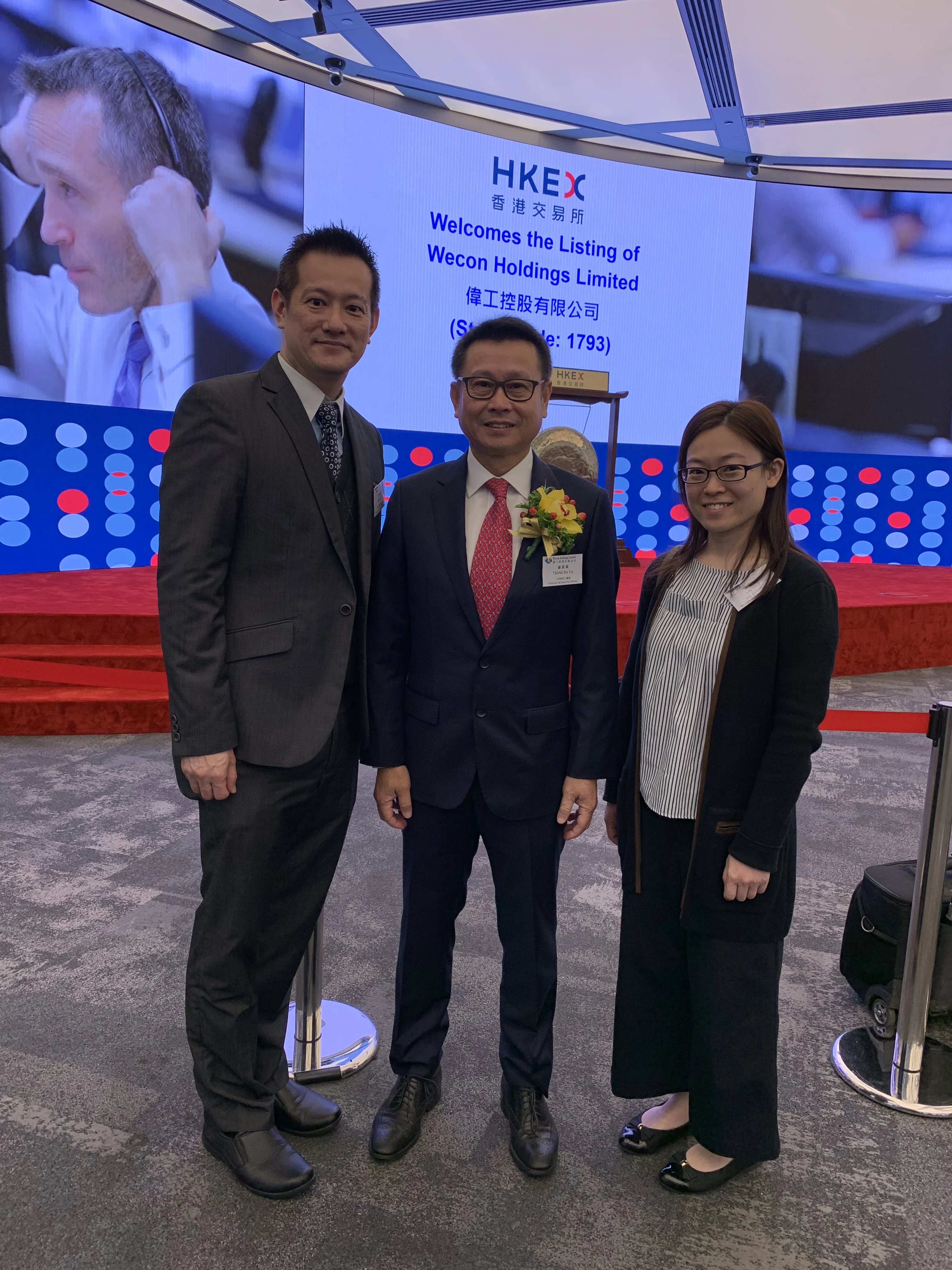 Wecon Holdings Limited (HK:1793) is a small company operating in Hong Kong focused on construction projects, repair, maintenance, alteration and addition (RMAA). It caters to public and private entities. Construction projects account for ~80% of revenues and RMAA the remaining 20%.

Although there are some interesting companies with some small competitive advantages in the construction industry, as a whole the sector is usually characterized by low margins, high capex and considerable amounts of debt. Companies focused on small construction projects tend to have higher margins. The bigger projects attract many contractors that try to slash prices and profit in order to get the project. This is the main reason why the industry does not look so appealing to me. This competition through lower prices means less profits, and it makes some companies barely break-even on some of the larger. Although it is dependable on the company and the region they operate, this has been the norm in many european countries.

Data from the Hong Kong government estimates total construction gross value to have been ~HK$125B. Although it declined due to the pandemic, and forced social distancing. A bounce back to 2019 levels is expected. Given the estimated gross value, it seems that Wecon has ~1% market share given the revenues of ~HK$1.2B. In this case Wecon has a different business model that makes the stock very attractive. They act as an intermediary in construction projects. Although the projects are assigned to Wecon, the company outsources the construction and oversees the results.

All in all, the margins are still small but since most of the work is outsourced it requires less capital and it is able to scale at a faster pace. In fact CapEx over the last year was just ~HK$6M. For this year it expected to be a meager 0.53% of revenues. On top of that the number of employees that the company has is fairly small compared with peers. With 204 full-time employees and 1 part-time.

Wecon has grown consistently over the last five years. Due to the pandemic net income contracted 13.6% to HK$18.5M for the six months between March 2020, and September 2020 compared YoY. Insiders own 75% of the shares in Wecon, since the minimum float on the Hong Kong stock exchange is 25%. This is a great sign that management’s vision will be aligned with minority shareholders to benefit everyone. “At least 25% of the issuer’s total number of issued shares must at all times be held by the public” If this rule was not in place, certainly insiders would be buying additional shares.

Given the undervaluation, I wonder to a certain extent if they might want to take the company private. Although being a listed company certainly has its advantages. Considering that Wecon paid dividends of HK$0.014 and HK$ 0.019 in 2019 and 2020 respectively. For the insiders that amounts to ~HK$20M. Wecon currently has a market cap of ~HK$189M, 25% of that being worth HK$47.4M or ~$6.11M. Although minority shareholders would receive a premium over that. It seems that if the stock keeps trading at such a low valuation, given that the company will most likely pay dividends this year, insiders might consider taking it private.

Looking at the balance sheet we can see that Wecon is holding ~HK$128M in cash and cash equivalents. It also holds ~HK$39.2M in time deposits that are used as guarantees for banks and an insurance company. Wecon also has ~HK$411M in receivables that are divided between contract and trade receivables worth HK$337M. Other contract assets, worth ~HK$57M which are finalized projects that have not yet been collected. There are also retencion receivables worth ~HK$98M that are payments for projects awaiting completion and will be collected when finished.

Margins in the industry are fairly small, but Wecon has managed to sustain high single-digit gross margins, and operating margins around ~4.5%. If Wecon manages to maintain margins, even if revenues stay flat the company and net income decreases to just ~HK$40M the stock is trading at a price-to-earnings under 5.

On a smaller note, Wecon received government grants worth ~HK$6.33M.

There are clearly some risks surrounding Hong Kong based companies, in which most of the revenue derives from the region. With China trying to assert its dominance over the region, the level of uncertainty remains high. There might be some changes regarding legislation and regulatory constraints that might affect Wecon in the short and medium-term. Nonetheless given the relatively small size of the company, and the strong liquidity it has. We believe Wecon will not be materially affected by the conflict.

Wecon benefits from the fact that it outsources most of the construction work. It is less dependent on price fluctuations of raw materials, it does not require heavy machinery that depreciates in value every year.

Considering the cash and cash equivalents held are ~67% of the market cap. On top of that it has ~HK$411M in receivables. The market cap should at least be ~HK$500M, which implies an upside of +160%. The stock should be trading at least around HK$0.625, around the price of the IPO. Even at that price and considering EPS for the first half of 2020, was HK$0.023 the price-to-earnings would be 13.5. Considering the balance sheet strength it would be an appropriate price.

I actually stumbled upon this idea on twitter, thanks to HolyFinance.

Small player in the growing PPE market Strong balance sheet with supply chain control  ~25% of its market cap in cash, and no...
Read more
Stock Analysis

Strong firearm demand in 2020 and into 2021 Strong balance sheet with virtually no debt Great market position to benefit for the increased...
Read more